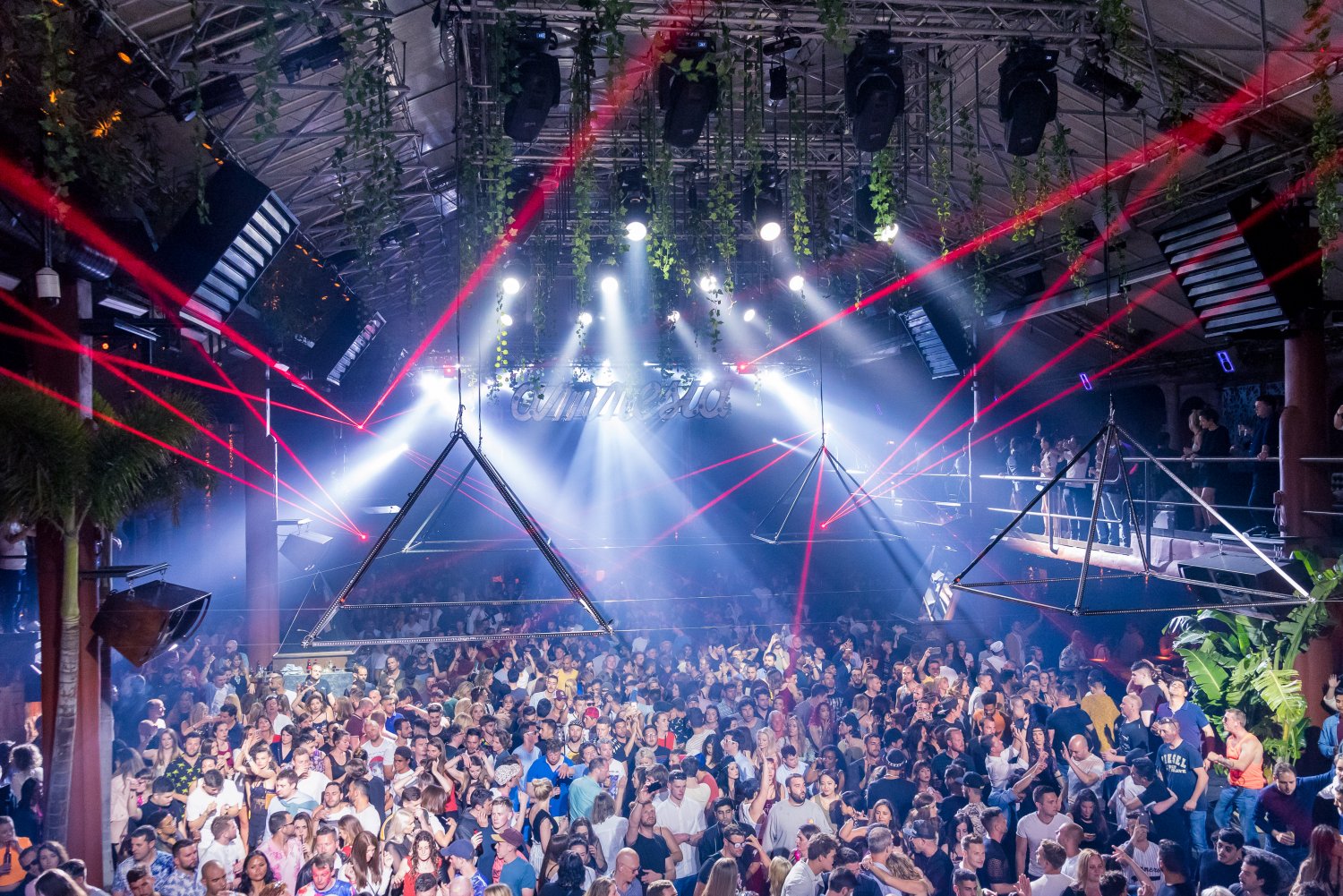 Ibiza nightlife is among the best in the world. The amazing clubs on this Spanish island attracts the best DJs in the world and huge crowds of party-people coming in for the music and the parties.

Home to the two most iconic clubbing spaces on Ibiza. Famous for open-air clubbing in the ’80s, DJ Alfredo’s eclectic mix of house, disco and pop back in the day, sunrise on the terrace, the most epic opening and closing parties.

The original Ibiza club. Famous for the cherries, VIP tables, playground of the rich and famous, being Ibiza’s oldest, most well-known club

Playa d’en Bossa’s newest state of the art club. Famous for being the new incarnation of Space.

Biggest club in the whole wide world. Famous for open air clubbing in the ’70/’80s, being the world’s biggest club, Manumission and its sex shows, sunrise in the Vista Club

One of San Antonio’s two superclubs. Famous for its impressive VOID sound system and Defected in the house

Latin House is taking over dancefloors around the world, including Ibiza with artists such as Hugel. Check out the music on House Music Radar´s amazing paylist.